Kendall Cornell, leader of Clowns Ex Machina, has been creating and performing clown work since falling in love with it.  As a soloist, her dynamic clown pieces, such as Flamenco Girl, Pink Salome, The Maneater, Glamourpuss, P.S. de la Resistance, and The Wallflower have been presented at LaMama, The New York Clown Theatre Festival, Six Figures’ Artists of Tomorrow Festival, the International Festival de Pallasses, and elsewhere in NYC and abroad.  In 2007 she was nominated for the Clown of the Year award by the New York Downtown Clown Revue.


At the helm of Clowns Ex Machina (formerly Kendall Cornell’s Soon-To-Be-World-Famous-Women’s Clown Troupe) Kendall has been creating and directing ensemble shows with this troupe of 9 (and sometimes more) women clowns.   Beginning in 2005, she directed and ringmaestraed 16 women clowns in The Clown Pageant.  Subsequently, Kendall was commissioned by Canada’s Cirque du Soleil to create a special clown extravaganza with her women clowns for the NYC opening of their circus, Corteo.  Since then Kendall has created Not Just For Shock Value: A Femmes-Clowns Assemblage, Clowns By Dead Reckoning, Clown Axioms, Clowns Full-Tilt, and Oil of Olé (in collaboration with NYC flamenco artists).

Kendall has also worked with David Shiner (Fool Moon, Cirque du Soleil) in directing the U.S. version of the circus-theatre spectacle, Pomp, Duck & Circumstance.  For Brooklyn-based Cirque Boom’s The Hoffman Circus, she created the various clown entr’actes.   In NYC downtown theatre, she worked for five years with Waterline Theatre Company as a member of the Artistic & Producing Board, performing in many new works and presenting a multitude of new artists. On her own, in the guise of Moxie Productions, Kendall produced (and performed) in Danny & the Deep Blue Sea and Strindberg’s Miss Julie.  She has also produced all her own clown creations (listed above), including the full-length collaborations Working Without Annette and The Holiday Show. Kendall also created and starred in an innovative short clown film, A Clown Idyll.


In addition to clown and theatre, Kendall has a background in modern dance, and she danced alongside Jennifer Muller/The Works Company for over 15 years, also teaching Muller technique classes in NYC and Europe.   Kendall’s foremost acting training has been with Alan Langdon at Circle in the Square, and she has trod the boards in many downtown NYC theatres.  Her clown training has been with some of the best clowns and teachers in the western world such as David Shiner (whom she assisted in his master classes), Chris Bayes, Angela de Castro, Ami Hattab, and the renowned Philippe Gaulier (whom she also assisted, after bringing him to teach in the USA for the first time).  Currently, Kendall is a sought after teacher and coach, holding regular workshops for women clowns in NYC.

Sign up for our Newsltter to receive work updates & latest news! 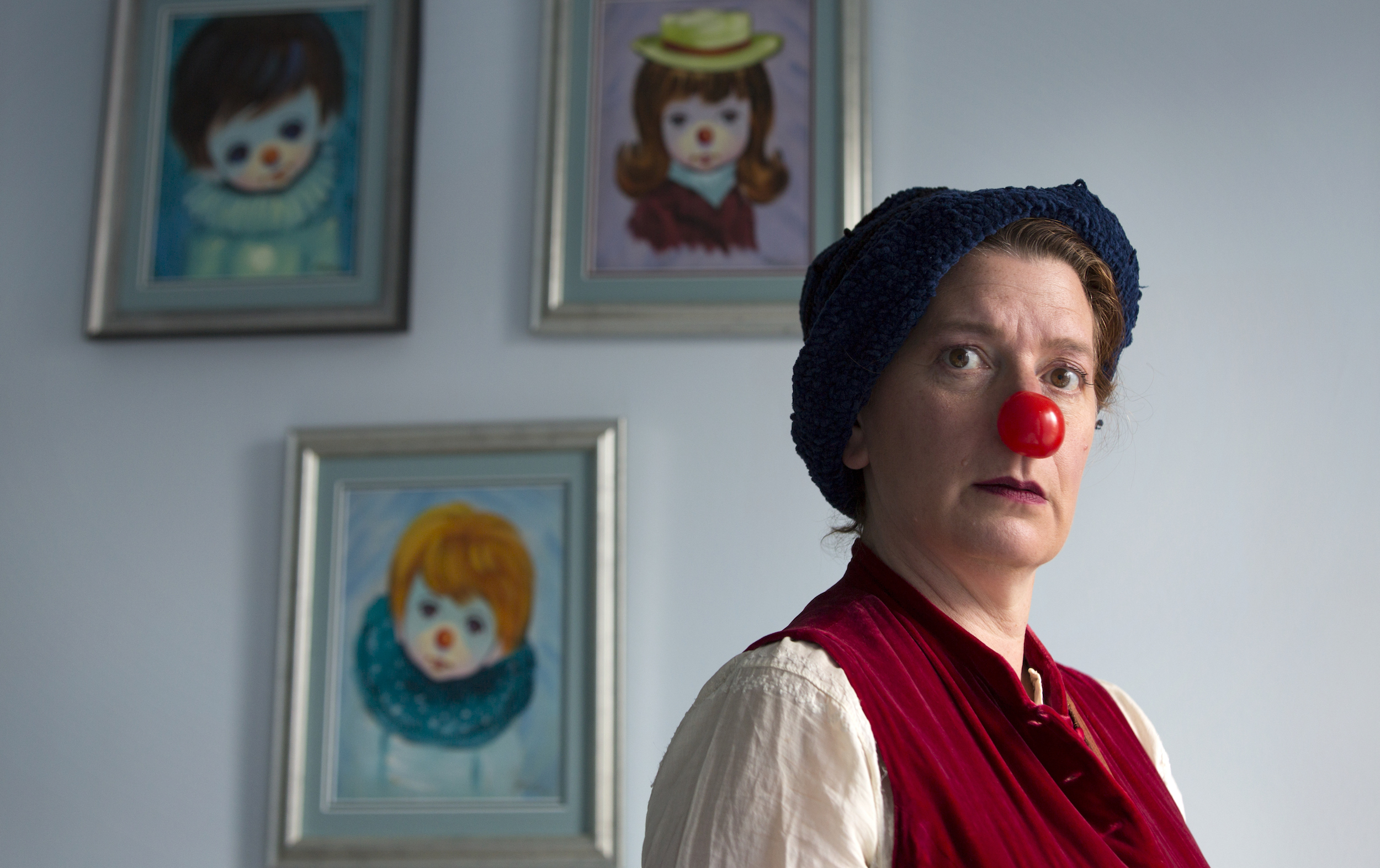 Only she who attempts the absurd can achieve the impossible. - Fortune Cookie 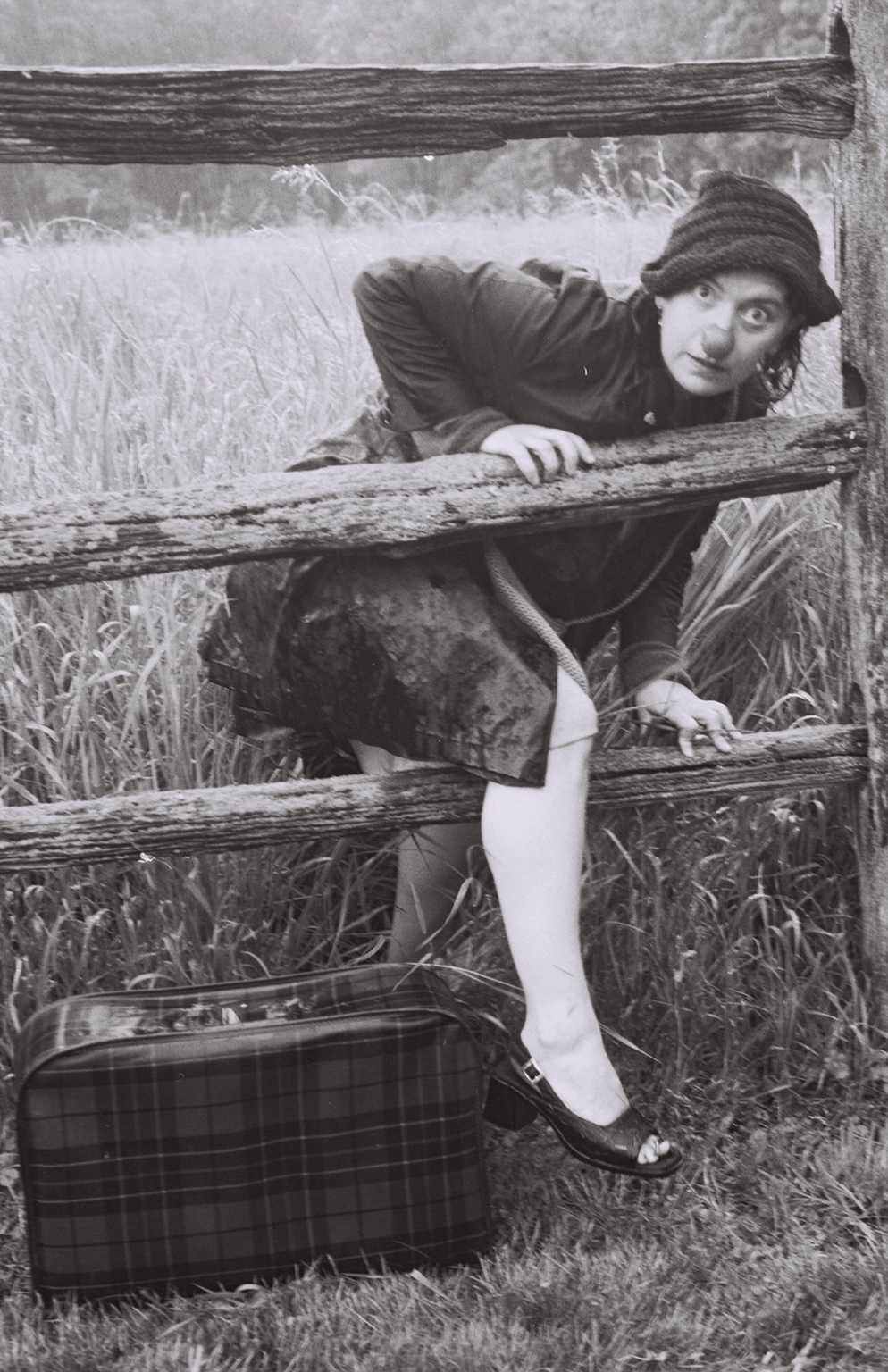 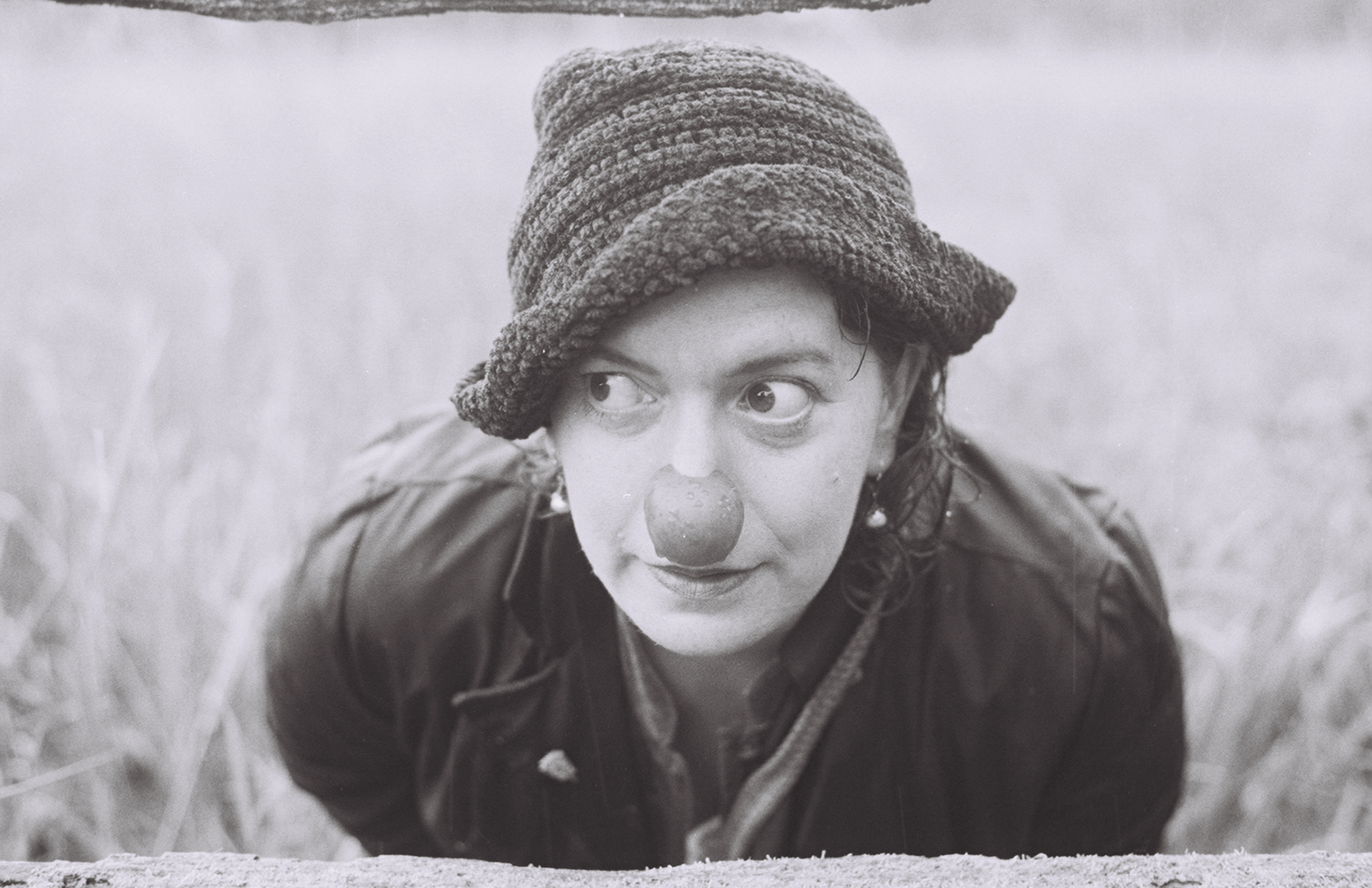 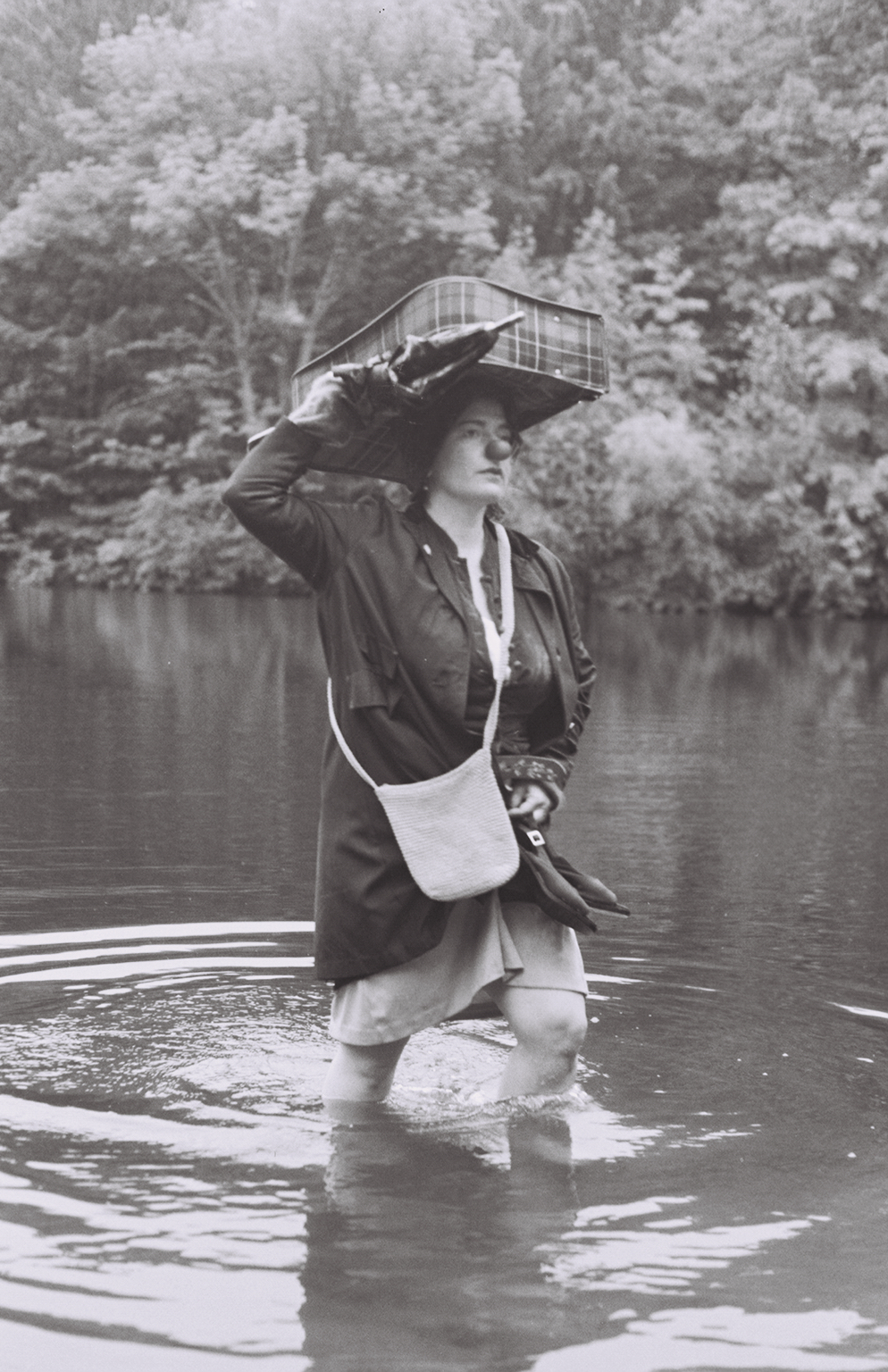 “I did a lot of work with Kendall. Always I was surprised by her humour, fun, pleasure. She is simply great. And I don’t care women or men clown --I care funny or not funny clown.” - Philippe Gaulier

Kendall Cornell clearly has a great understanding of the world of the clown. She is an astonishing unteachable pain-in-my-ass. Her opinionated rants are truly inspirational and give me pedagogical nightmares but mostly she has a managed to carve out a fierce and playful spot for hilarious women to get together to make vital and outrageous theater. We may have to coin a new term......clo(wome)n! -Chris Bayes

"I can't stop dancing around my apartment in my clown nose." -Jane G.

“Kendall is a resourceful, imaginative and tactful teacher of clown. She has the means to create an open and judgment-free atmosphere where learning is fun and happens in an organic manner. ....I can promise you will laugh a lot!”  - Yvette F.

“The mystery of women clowning – different things are funny, but it’s easier not to think so.   Man in a dress, almost always a laugh.   Woman in a tux, not as often (but sometimes).   Kendall Cornell and her clowns are waist deep in all these questions – plumbing the mystery.”  Bill Irwin

“The whole time in class, I'd secretly wished Kendall was Queen of the Gypsy Clowns, and she'd kidnapped us to tour the country side in her clown act.” – E.J.

“What is it to be a funny, touching, really good clown?  Kendall Cornell’s workshop is where to learn what it takes.  Under her skillful and patient direction, the student (whether practicing artist or otherwise) comes closer in mind and body to this fun-filled, yet serious and demanding performing art.  Enlarging and inspiriting for all.”   L.P.

"Kendall Cornell is the brilliant creator/director of Not Just for Shock Value, and her work here is splendid. Not only has she brought out the best in her ensemble in a collaborative process that probably ought to be patented, but she's built the show seamlessly, with the best transitions I think I've ever seen in a show of this kind, all fashioned around the show's only permanent set piece, which is a very long shower curtain on an even longer line."  Martin Denton (nytheatre.com)

"One of the funniest, most inspiring, gorgeous, and love-filled workshops I have ever experienced. Kendall's coaching, direction, and inquiry are an art form in themselves."  Lorraine G.

“Kendall’s clown workshop is a great way to meet your limits, feel really uncomfortable, then laugh at them and creatively stretch them further.   From seasoned performers to the non-performers, everyone has something to give and something to learn.  Kendall has a gift of keeping it real.”  Diana Lovrin

“This was such a gift of play when I took the workshop. I felt that I could just be in my 'creative mind' and did not have to switch into 'observing mind'… then I think you are closer to the pure, and often deliciously stranger stuff that can come from that place.”  Petra v. N.

"Kendall Cornell has one of the keenest clowning eyes I have seen.  She is gentle and pushes you at the same time.  She is able to get the best from everyone and lead them through the learning process in a clear and insightful way.  Clowning with all women was a great freedom and I can only say thank you to her for realizing that and bringing it to the rest of us. Run, do not walk to one of her workshops."  Ishah J-F.